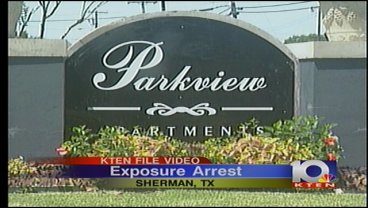 More charges now for a Sherman man arrested on suspicion of indecent exposure to a child
The police department received a sexual assault complaint involving 20 year old Raishaun Billion Anderson and a twelve year old juvenile.
But, the suspect was already in jail.
You may remember, he was arrested earlier this month after reportedly exposing himself in broad daylight and calling for two girls walking in the 1800 block of Park Place Drive.