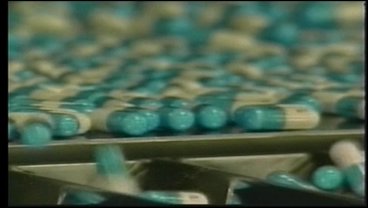 The topic of government healthcare reform is pitting Democrats and Republicans, rich and poor against each other, on different sides of the fence.
Michelle Gillespie separates fact from fiction.

It's the hot topic of debate, many Americans know that our current healthcare system needs repairing but millions are still weary of President Obama's current plan.
The difficulty is nothing seems to be clear except for that a healthcare reform bill still has a long way to go until it can be signed into law.

"I'm in favor of radical change to our healthcare system. I would to also see the argument change from healthcare insurance to healthcare," says Hal Johnson, a retired activist for the Presbyterian Hunger Group.

Hal and Wanda Johnson used to work in the healthcare industry.
They echo the sentiments of many Americans who can't afford to pay insurance companies high premiums for healthcare coverage.

Last year, in 2008, the average premium for a family plan purchased through an employer was $12,680--that's almost the annual earnings of a full-time minimum wage job.

"Insurance companies making record profits so trying to scare people to not like reform," says Glenn Melancon, a professor at SOSU.

Melancon follows the house reform bill closely and hears from those struggling to getting good healthcare everyday.
He is now a history professor at Southeastern Oklahoma State University and he says, many are worried that a large overhaul of the current healthcare system is too much.

"Actually this is a small overhaul regardless of what critics say, the large overhaul would be what the british did where they have a public health service where doctors and hospitals work for the government," says Melancon.

According to the World Health Organization when it comes to life expectancy, out of the top 100 industrialized nations in the world, the U.S. ranks 16th and all of those 15 nations that rank higher, all 15 of them have some form of government sponsored healthcare.

A list of those so-called lies, myths and misrepresented components in the current house healthcare reform bill.
For one thing, Medicare will not be abolished, in fact under the current bill, Congress plans to expand and make the program stronger.
Also, those with existing coverage can keep that existing coverage, they don't have to take the public option or government insurance.
It is true however that millions of non-elderly adults are denied coverage each year, many because of a pre-existing condition.
For more information on the current house bill...you can log onto our webiste at kten dot com.
Michelle Gillespie, KTEN News.