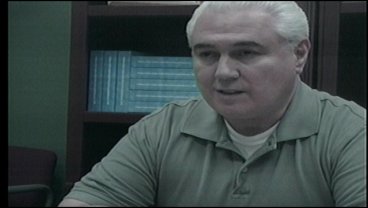 It's been a fast and furious 24 hours regarding new information in the Ardmore Police Department turmoil.

Right before 5 o'clock Tuesday we received a statement from Ardmore Mayor Martin Dyer.  He's calling for a re-evaluation of the progress called for in the Berkshire Report.

It says "With approval of the city commission we will ask the Berkshire advisor's group to revisit the study to ensure that we are still on the right track.  Their updated report should answer several questions, such as are we moving too quickly?  Or moving too slowly?  Are we moving in the right direction.  It will also evaluate the performance of the Chief in implementing the recommendations of the report."

Also, for the first time Ardmore's Police Chief responds specifically to KTEN's questions about public safety.  While the police union says it's only a matter of time before someone gets hurt.

The letter by the Fraternal Order of Police to city leaders say officers lives and public safety is at risk because of the direction action of Chief David Leonardo.  We talked with the spokesperson for the FOP this afternoon.

One of the biggest issues the FOP has is regarding manpower.  Their letter states the lack of adequate officers puts the department and public at risk.

The letter reads, "This issue has become so dire in nature, that it is no longer a question of "If" an officer is going to get hurt, but when an officer will be injured or killed when a citizen will be harmed because of lack of manpower."

KTEN took this statement to Police Chief David Leonardo.  He said he was disappointed in the vote, but adamantly defended the number of officers he has on patrol.

"My concern is the number we have out there and the numbers that's been reported in different media sources.  We have 26 sworn officers in the patrol division today."

KTEN asked last week for a breakdown of the numbers and were never given a breakdown. Instead, a complete number, 42, of sworn officers on the payroll.  Only on Tuesday, nearly a week later, did Public Information Officer Robin Beal email us a list that states they have 26 sworn peace officers to patrol.  That list includes 7 Sergeants, 1 Captain and 2 Acting Captains. Those higher-level officers, though, do not typically hit the streets everyday and respond to the day-to-day dispatch calls.  Most people within the law enforcement community says those officers are there to primarily serve as supervisors and handle the countless hours of paperwork.  Using them as day-to-day patrol officers is not common practice and drains resources in other areas. We'll have more on these numbers on KTEN News at 10.