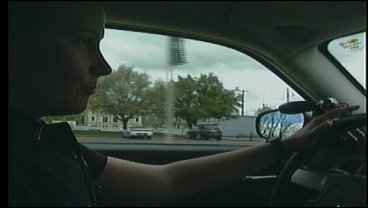 KTEN wanted to break down the number of officers patrolling the streets in cities comparable to Ardmore. KTEN's Katy Blakey has a closer look.

According to the 2007 census estimates, Ardmore's population is roughly 25,000. In Texas, that's comparable to Denison's size.

KTEN spoke with agencies around our area to get a feel for how many officers they have on the street.

In Denison there are 45 sworn officers, thirty of those are assigned to patrol. In Sherman, 64 people make up the department, over half of those are in the patrol division. And out of Durant's force of 37, 24 cruise the streets.

All of the departments we spoke with said a strong patrol division is key to fighting crime and shows the public the police are out doing their job.

"It's very crucial," said Sgt. Bruce Dawsey with Sherman Police. "You can have a police department without a PIO or without a traffic division, but you got to have the police officers in a marked unit that are able to respond to 911 calls. Just the visible deterrent alone, where you got a guy driving around and the bad guys see him. Maintaining a strong patrol force is vital to any city."

Sgt. Dawsey says it's not just the crime factor that poses problems if you have fewer officers on the street, but also, morale within the department.

If something happens, officers must be called in, giving up days off or working long hours.

The departments we spoke with said maintaining a strong patrol division is one of their top priorities. That's why, so often, they are actively trying to recruit new officers.