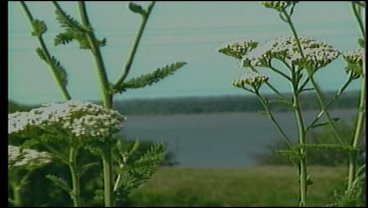 In Marshall County, some voters are putting up a fight against a recent commissioner vote involving the future of public funds. It has to do with what's called a T.I.F. tax -- an incentive some areas use to draw in development. The drawback? It depends on who you talk to, but it could rely on how taxpayers want to see public funds spent. KTEN's Jhen Kordela has more.

If you were out in Madill over the weekend, you may have seen a mobile unit with a large banner that read: "Let the voters decide."

Local residents were gathering signatures for a petition to change the terms on a more than $320 million T.I.F. tax for Pointe Vista Development.

Community members may soon be confronted with the issue, as canvassing teams take to the street. The heart of the argument? Future development and where the money generated from that development will go.

"People would like to see an economic recovery in Marshall County," says Boyd Steele, who helped initiate the petition. "However, they don't want to give the farm away to see it."

Last month, county commissioners gave the go-ahead on a $329 million tax subsidy to Pointe Vista. That's in exchange for bringing the $5 billion development to Kingston. It includes a resort, convention center, condos, even a water park.

Residents circulating the petition would like to see 50-percent of money generated from the T.I.F. tax to go to the county, 50-percent to the business and to re-visit the subject in 10 years. That way, some of the money could go toward schools, hospitals and other public expenditures.

"I think that the development, as they have portrayed it in public meetings would be a great thing for Marshall County, I think it would," says Steele. "And, we certainly don't want to stop development. We just want to see it fair and equitable."