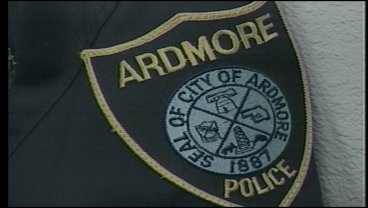 We begin with more on the turmoil within the Ardmore Police Department. Last week we reported Ardmore's Deputy Chief Richard Ackerman was forced to resign. Now, the man who once held his job, another former Deputy Police Chief is speaking out.

Rickey Lawrence worked for the Ardmore Police Department for 19 years, until his retirement in June. In an interview with The Daily Ardmoreite, Lawrence said in light of the department's most recent departure of Ackerman, he wanted to share the events that brought about his own retirement, telling the paper once Chief David Leonardo arrived things began to unravel.

"I found him [Leonardo], to exhibit vindictive behavior to any officer who had a difference of opinion," said Lawrence during his interview with The Daily Ardmoreite. "There were also those officers who were favored and did not experience the negative treatment, which caused a lot of discord among the officers. Decisions were made that I found to be unfair to certain officers, but I was unable to have any affect in stopping these decisions."

Lawrence goes on to say that he was disappointed in the way the last few months of his career ended, saying "It has been a great disappointment to me that many promising officers who have been trained to protect our city have had to make the difficult decision of leaving the force because they are unable to continue to work in this environment."

Lawrence declined to meet with KTEN for an on-camera interview, but told us over the phone he stands behind every statement he made to the paper. KTEN will pick up coverage of this story again on Monday.