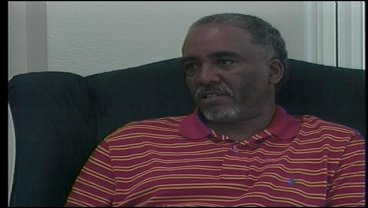 New details on the scandal inside the Ardmore Police Department.  From the loss of their deputy chief this week, to accusations made by former and even current officers.  Meredith Saldana sat down with Ardmore's Vice Mayor John Moore and has more on this story.

Vice Mayor Moore tells me they are concerned, because what happens at City Hall affects everyone in Ardmore.

Especially the citizens here in town and he wants to hear the full story and get to the bottom of it.

Moore says, whether former Deputy Chief Richard Ackerman was fired or resigned he would like to know the whole story.

He says he also wants the public to know what's going on and that he himself was shocked when he heard the news that Ackerman was gone.

"I was very surprised.  I heard nothing but positive comments about him and also I have confidence in the chief.  Something happened, I don't have no idea what it was but hopefully we can sit down and talk about it.  Get the correct answers and come to the correct solution," says Moore.

He also tells me he, too, has heard many concerns from the public and although a lot of it has been negative he's trying to listen to all of it.

The regular city commission meeting is scheduled for Monday at 7 PM.

It is open to the public but the agenda's already been posted so there is nothing on the agenda regarding the issues at the police department.

Moore says he will be pushing for a press conference next week where the media can ask questions and everyone can get some answers.

We'll let you know if that is, in fact, scheduled.

Commissioner Bob Guerin told us he's furious about how the entire thing has been handled.

He's also concerned about the reports of limited patrol officers on the street.

In fact, we were told again Friday, by a source who wishes to remain anonymous, the city of Ardmore with a population of 25,000 people had only one sergeant and two officers working the entire city.

Part of a public information request we submitted to the chief of police was a roster or schedule of how many officers work each shift, because current and former officers have told us, they're concerned for public safety because of a lack of officers on the street every day.

So we asked Ardmore's Human Resources office for a list.

Specifically asking how many patrol officers are on the city payroll.

The first fax we received simply said, "We have 42 sworn officers at this time."

When KTEN's Lisanne Anderson called back and asked a second time for a breakdown  specifically of patrol officers and whether that 42 includes the chief she got this back: "The 42 sworn officers include: Chief of Police, Captains, Sergeants, Corporals, police officers and animal control officers."

But, it was still not what she asked for, no breakdown of the numbers.

But according to Public Information Officer Robin Beal, as of Monday, the city has 23 uniformed sworn persons plus one community service officer assigned to the patrol division.

But budget for the police department says they should have 31 police officers plus six corporals, eight sergeants, four lieutenants, and two captains.

Confused? So are we.

That city budget comes to a total of 51 sworn officers, 52 including the chief.

So if the city is saying, right now, on the payroll there are 42 sworn officers, do the math.

The Ardmore Police Department is down 10 officers right now.

As of Monday Robin Beal said they were down eight.

And, the feedback from this story just keeps pouring in.

Here's what some of our viewers had to say.

One viewer wrote in, "Good job on the Ardmore P.D. tonight."  Talking about Wednesday night. "Stay on it.  Those poor officers need all the help they can get."

Another e-mail reads, "I am a veteran Ardmore Police Department Officer.  But, withholding my name for fear of retaliation.  I would like to say thank you for your broadcast due to the recent events that have finally come to the media spotlight.  Ackerman was a good man, a good leader and not a dictator such as Chief Leonardo.  Thank you for not giving into the Ardmore Police Public Information Officer Robin Beal.  Thank you for speaking what is true.  It is true that there are very, very few officers working the streets and do not believe when he (the chief) says that they have six-to-seven officers per shift, not true.  Please keep the pressure and more will come to light."

Here's one more,  "I know several APO, and I have heard these stories for two years and could not figure out how it was swept under the rug.  I seen several long-term, good seasoned officers leave and join the CCSD and no one asked why in public out of fear for their jobs.  Stick with it and don't let them get by with it no longer.  I would like to know the total years of experience that has left the APD."

We did the math of the officers we've know have left the department -- total years of service lost: more than two hundred.