Resident Reaction to Issues at the Ardmore Police Department 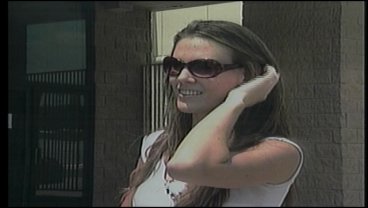 Ardmore now and still questions swirling concerning the police department, the now vacant deputy chief position, even how many officers are actually on the street every day.  We told you Thursday we requested some public documents in writing from the police chief to help us find some answers to your questions.   Meredith Saldana went back to the police department to see if they were ready and has more on this story.

We still don't have the documents.

In fact, when we went back Friday, the 3rd floor office door was locked.

After a short time of waving through the window Public Information Officer Robin Beal came out and said the documents were not ready.

I asked twice if he had a comment and each time he changed the subject.

So, we took to the streets to see what Ardmore residents are thinking and what they're wanting to know.

Many of their concerns were the number of people patrolling the streets in Ardmore, as well as, the safety of those officers putting their lives on the line for the citizens of Ardmore.

Resident James Nash says, "Well I know they have a problem but I just hope they get it worked out pretty quickly so we can have a smooth operating police force."

We then spoke to resident Clay Cheek who says, "I don't know, it's kind of crooked to me right now.  They've got to figure something out.  It don't make it look right on them and Ardmore together."

Betty Edwards says, "I'm not really much of a political kind of person."

And another resident told us, "Obviously it's a sucky situation. I mean it's not really fair."

We've also received many calls and emails from viewers wanting some answers from city commissioners.

Both Keith King and Bob Guerrin say they plan to get some answers.

Vice Mayor John Moore sat down with us in an exclusive interview for KTEN News at 6 and Mayor Martin Dyer has yet to return our calls.