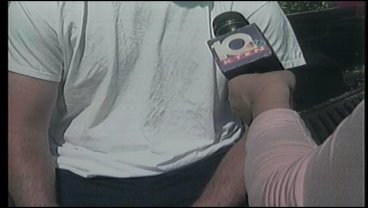 At 4:30 Thursday afternoon, we received a fax from the Ardmore Police Department.  It's a copy of Richard Ackerman's resignation letter.  Meredith Saldana has been following this story and has the latest.

It clearly states, he made the difficult decision for personal reasons.  It's dated August 11th, signed by both Ackerman and Police Chief David Leonardo.

That's the only correspondence we received from the police chief or Public Information Officer Robin Beal.

Despite phone calls and sitting outside the chief's office for more than an hour Thursday.

He confirmed what we reported two days ago.

He didn't just resign, he was terminated.

I met with a former Ardmore Police Officer and asked him how he felt about the new information that's surfacing.

He says he's glad the truth is coming out and he's upset that a man like Ackerman from the L. A. PD with so many years of experience, moved to Ardmore, just to be fired 65-days into his service.

The former officer says, "Now that somebody with true authority comes in and leaves- -  Okay, well now maybe something's going on down there and that's the unfortunate part.  I think for a lot of officers they have right now is they're so frustrated that it took this to finally make this situation come to light.  But it's a good thing that it has because now people are gonna realize, okay maybe thing's aren't right at the police department and they're not."

The former officer asked not to be on camera because he, too, is looking for a new job after also being presented with a termination letter in June.

He was also given the option to "resign".

He tells me that he's speaking out because he knows so many of his former coworkers wanted to bring this situation to light but are too afraid of losing their jobs.

He also confirmed reports that often only 2 Ardmore officers are covering the streets at night.

One on the north side and one on the south and that it's a danger to the officers themselves as well as a problem for the community.

He also tells me many people at the police department feel as if the chief has put targets on them and that he's going down the list, terminating and forcing out those who don't agree with his actions, including Richard Ackerman.

"In my opinion the reason Deputy Chief Ackerman left is because he was standing up and saying what we as officers felt.  That this is an officer safety issue, why are we doing this and it's because the chief wanted it.  If the chief wanted it that's the way he gets it and if you're not on board you're out."

Again, we did try to get a comment from Chief Leonardo and Public Information Officer Robin Beal.

Our calls were not returned and we did sit outside the office for more than an hour Thursday afternoon.

Commissioners we've spoken to say they plan to get more answers about the situation when City Manager Dan Parrott returns from vacation on Monday.

They also have not spoken to the chief.