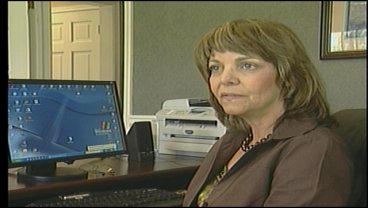 We are taking a closer look at the president's health care reform through the eyes of a local insurance company. We told you before many of our local residents are confused about what the president is really proposing. Deeda Payton went to Health Insurance Texoma to get a new perspective.

No one is denying that our current health care system is broken, but many local insurance businesses would like to see small changes made over time, rather than a complete overhaul with a lack of details.

Suzanne J. Gregory at Health Insurance Texoma says what the president is pitching is basically a single-pay, government sponsored program with lower rates, a program we already have with medicare. The problem, she says, is that medicare is not working and faces extinction in ten years. "I would like to see them have a plan to keep the single-payer government option viable and prove that they can support that system before they create another system for all of us that is not going to be financially viable."

She works with with individual and group insurance plans every day. So she sees the struggle so many have with balancing a plan that works, with a plan they can afford. "Our healthcare system is definitely broken it does not work for people in various stages of their life."

For example, someone over fifty who can't afford cobra options and has a pre-existing illness has no other choice, right now, than joining a risk pool like the Texas Risk Pool which is an expensive option that doesn't necessarily offer great insurance. "Open the risk pool up to people who have these difficult, expensive problems that a group of 30 would never be able to absorb. Perhaps that's going to lower cost in the private world and yea we'll pay for that, but maybe we wouldn't have a Texas risk pool anymore, maybe we'll just have a federal risk pool."

To make all that a reality, Gregory suggests lowering the age to receive medicare coverage. That is one step, she says, that could be taken that would make a difference without swapping out the whole system in one fell swoop.

According to a government website, healthreform.gov, President Obama's ultimate goal in his first year is to control rising health care costs, guarantee choice of doctor, and assure affordable health care for all Americans, along with revamping the current medicare system itself. But, many are asking at what price.

For more information go to www.healthreform.gov.