Update: Ackerman - I WAS TERMINATED 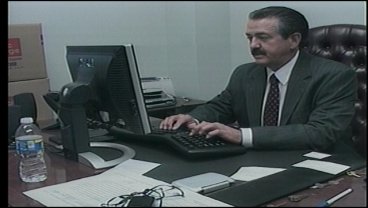 "Circumstance beyond my control have caused me to have to leave Ardmore, but I feel that before I leave, I must defend my own reputation and integrity.  Based upon the turmoil that  has ensued and advice that I have received from people that I have a great deal of respect for and are wiser and more experienced than I am, I have decided that I need to set the record straight regarding my separation from the Ardmore Police Department.

On Tuesday morning, August 11, 2009, shortly after 9:00 AM, I went for a prescheduled meeting with Chief Leonardo.  I was met by Chief Leonardo, the Director of Human Resources and the Assistant City Manager.  Once I was seated, Chief Leonardo handed me a letter entitled Termination of Employment and advised me that I was not being retained.  I asked Chief Leonardo what I had done or failed to do to cause this, but I received no explanation.  With no furhter information being provided to me by the Chief or the others in attendance, I exited the meeting.

A short time later, Chief Leonardo asked me how I would like my separation to be documented.  After considering the impact that this situation would have on the entire police department, I thought that a letter of resignation would cause the least amount of disruption and negativity.  I completed the letter of resignation, turned in all of my City issued equipment, cleaned out my office and left.  I did not anticipate the turmoil that has ensued and the questions that have been asked about my departure.

It was my intention to remain here, but it did not work out.  I am making my departure from the Ardmore Police Department knowing that my integrity is intact, and that until the moment of my separtion I gave 100% of my commitment and effort to the police department and the community."

At approximately 4:30PM today the Ardmore Police Department faxed KTEN News the resignation letter of Mr. Ackerman. It can be viewed by clicking here.

According to the Ardmore Police Chief Tuesday, and the Ardmore Spokesman Robin Beal Wednesday, Ackerman resigned suddenly from the police department yesterday -- for personal reasons. He reportedly cleared out is office the same day. KTEN has learned he was actually given the choice: resign or be terminated.

The question is, why? And, why isn't the chief talking now?

Since we learned that information, we've tried to contact the chief, David Leonardo again. We were told he was "unavailable" all day, and no one else would go on camera to talk.

What we've learned Wednesday raises even more questions about the internal "goings on" within the Ardmore Police Department. The problem is, no one will go on camera. City Manager Dan Parrot is out of town.

But, with team coverage, we've talked to multiple people, who say they're afraid to speak publicly.

What we did do, is sit down -- one on one -- with the man at the heart of what stirred the pot this week: Richard Ackerman.

He wouldn't go on camera, but he did say he was not planning on leaving the Ardmore Police Department.

When we asked, what happened Tuesday morning? He said, he didn't want to talk about that. He chose his words carefully because of the situation.

But, he did say he is shocked at what has happened within the past 48 hours -- especially after he drove 3,000 miles on Sunday to bring furniture from California to his home in Ardmore.

Now, he has to find a new job.

He also mentioned that he just signed a lease on Monday for a house in Ardmore. But, instead, he now plans to leave town with his wife and head back to California.

He did release a statement to KTEN. It reads: " . . . Due to circumstances beyond my control, I am unable to remain with the police department."

Now, we also spoke with a number of former members of the Ardmore Police Department, who worked under Chief Leonardo.

They say, they left the department because they could not work under him.

Several say that after conflicts with Leonardo, they were moved to the midnight shift and demoted in other ways -- all of which, they say, broke down their morale.

We also learned that over the weekend, only two Ardmore police officers were patrolling the streets and asked other area law enforcement agencies to be on standby, in case they needed extra manpower -- something that is not routine procedure.

Despite that, the Chief released a report stating six to 10 officers patrol the streets daily.

The Sheriff's Department recently hired four Ardmore police officers and tell us they still have at least 10 applications on their desk of other Ardmore officers, who don't wish to remain at the Ardmore police department.

Another few facts, we've learned: Right now the Ardmore Police Department has 23 uniformed sworn officers and one community service officer on the force.

That's 24 officers to cover the city of Ardmore 24-7, with many of them pulling overtime.

They do, however, have 12 applicants being processed right now for their eight vacant positions. nine, now that they city will also have to find a new Deputy Chief.

City commissioners we spoke with say, they're also having a hard time getting answers as to what's going on.