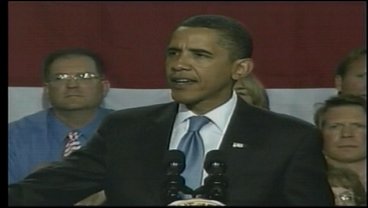 The local consensus is that the president's health care plan is very confusing and ambiguous. And, those who have read up on it say it is being mis-represented, and do not think it is a good thing. Deeda Payton takes a closer look.

President Obama has frequently pitched a government health insurance program, similar to medicare, that would compete with private insurers and drive down costs.  However, there are many who are against a public plan.  They fear millions of Americans would lose their current health care plans as employers switch to the less-expensive government option.  One thing, though, for sure is that 46 million Americans are living without any health insurance, statistics the Obama administration wants to change with this health care reform.

The problem is no one quite understands the details of this proposed legislation.  "I really don't know much about it."  "It's going to be horrible.  People think it's a good deal but it's not. People need to research it more.  I mean I'm a registered nurse and it's not what it's projected to be."  "I don't think anyone knows how it's all going to turn out, some sounds good some sounds bad, until it all comes out no one is going to really know."  "I don't know enough about it to make a decision."

Right now there are a couple of democratic proposals, many requiring Americans to have a minimum amount of coverage.  Others discussing the expansion of medicaid and medicare to include more people.  But, as with all other aspects of this plan, details are vague.

Tomorrow we are talking to a local health insurance company about the impact the proposed reform will have on them.