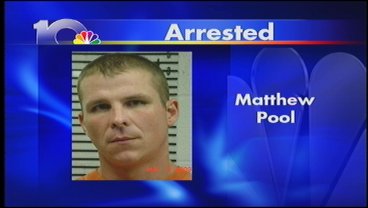 The Sheriff's Office said they arrested Pool after learning a man was admitted to the Marietta Hospital with sevearl injuries that stemmed from an assault allegedly involving Pool. Authorities say a gun was involved, bu no shots were fired.

The victim is expected to be released from the hospital soon. No other information is being released at this time. The case will be turned over to the District Attorney's Office.