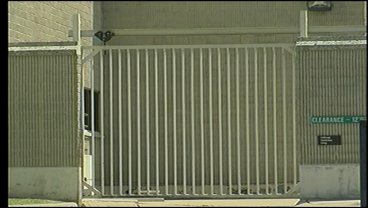 Grayson County Commissioners voted weeks ago to move forward with privatizing the jail and moving it from downtown Sherman to a new location, yet many are still hoping that deal falls through.

KTEN's Vanessa Bolano caught up with Sherman Mayor Bill Magers, who says moving the jail will be detrimental to the city.

90-plus acres have been the site of a heated debate between county commissioners, residents and city leaders. Is moving the Grayson county jail and privatizing it the best idea for Grayson county? Sherman Mayor Bill Magers says "no", and now commissioners have agreed to meet with him, a move he says may keep the jail in it's place.

Mayor Magers says he's been vocal about his opposition since January of 2008. "I believe the data they've used in some of these studies is flawed."

County Commissioner, Judge Drue Bynum says they've done three studies which all lead to the same conclusion: the county is outgrowing this facility, it's run down, and it would be cheaper to go the private route.

Now the two have agreed to a meeting. Top priority for Mayor Magers, "I think we need to reach an understanding of what size we need and that it stay in downtown."

Magers believes building a 750 bed facility off Highway 82 and Texoma Parkway is unnecessary and detrimental to Sherman residents.

"Were talking about a jail that's twice the size of what we need. That's a radical change over what we had in Sherman in the past."

Judge Bynum says they have 60 days to close on the land, and there's no contract signed with Southwest Corrections just yet, so the meeting could potentially throw a wrench in their plans.

Bynum believes it will just allow him time to show how building a new jail in downtown, or upgrading the current jail isn't feasible. Still Major Magers maintains privatizing is not the cheaper alternative.

"In order to privatize we need to super size. I don't think we need a super sized jail in Sherman, Texas so because of that I think a public jail in downtown Sherman is the way to go."

The two are expected to meet sometime later this week or early next week.

Judge Bynum says if all goes as planned, and the land is closed on and a contract is signed with Southwest Correctional, they could begin breaking ground as early as this Fall.