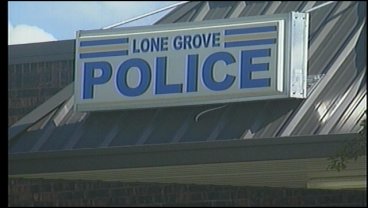 A 14-year-old boy is accused of leading police and troopers on a wild pursuit through Lone Grove, Oklahoma.

At one point a Lone Grove officer did fire several shots to try and disable the vehicle, but the SUV kept going. OHP Troopers also joined the pursuit.

The driver finally abandoned the beat-up suburban off Meridian Drive and fled the scene on foot.

Chief Oldham says the parents of a 14-year-old driver brought their son to the Lone Grove Police Station Sunday morning. He's believed to have taken his parents suburban and led authorities on this chase. More teenagers may have been involved.

He was released back into his parents custody. No word on if he'll face any charges.

No one was injured in the chase. Lone Grove Police are still investigating, as well as the Oklahoma State Bureau of Investigation.