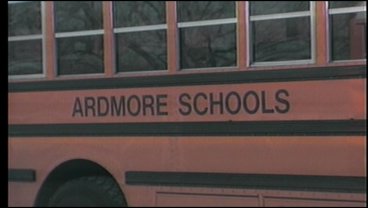 Looking out for your money, the issue of whether to ask Ardmore voters to approve another bond issue.  This time, a $3-million bond.  But it's a little different than others that failed in the past few years. Meredith Saldana  has the story.

"The idea is to take care of our kids," says School Board President Brent Bahner.  "That's what we're doing it for.  You know I'm a tax payer, doing this is necessary."

Several bonding options were presented at Thursday night's board meeting.

The most feasible option was a $2.9-million issue.

The idea is to utilize the bond money to take pressure off of the general fund.

Things the district has never had to tap into the general fund for in the past.

Bahner says, "Districts throughout the state have, local districts have and we thought it would be a good opportunity, especially with the reduction in the state aid that we're receiving, to enable us to continue our programs not cut programs and still have some available money."

While the most recent bond issues in Ardmore failed, it was only by a small margin.

To pass a school bond vote in Oklahoma it doesn't just require a majority vote, but rather, a 60% voter approval.

"Our last few bond issues have been approved by the majority but not by the super majority fo 60%."

Those bond issues also dealt with school facilities and nearly 10 times the amount of money.

Which Bahner says isn't the case this time.

Now, they're just trying to take care of necessities.

Board members haven't made a final decision yet on asking for the bond.

They'll discuss it again at the next meeting which is scheduled for 5:30pm next Thursday.

It is open to the public.