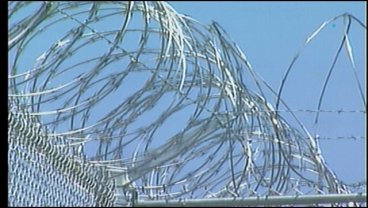 The first privately run jail in Texoma opened Friday. No inmates yet, but KTEN got a first look at the new facility in Fannin County. Plus, reaction from Grayson County leaders who are preparing for their own private jail. KTEN's Katy Blakey reports.

"It's high security." - The number one priority when running a jail.

"People are going to look at it and say that looks like a Texas prison facility," said Fannin County Sheriff Kenneth Moore.

"It's not an institution that is going to make money for Fannin County overnight. But it will assist us in the future. And that's what I'm looking forward to, the future."

Now that Grayson County Commissioners leaders have decided they want a private jail, it's time for the Sheriff's Office to start thinking about the layout of their future facility and maybe get a few ideas from Fannin County.

The Fannin County jail took a little over a year to build. Grayson County will get rolling on theirs as soon as a contract is signed with Southwest Correctional.