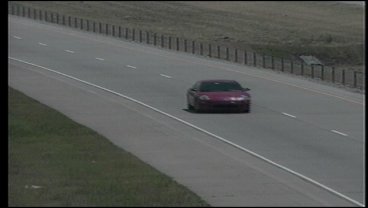 We told you a few months ago about the concerns emergency responders had to cable barriers going up in the median on I-35.  Those barriers are finally up and causing quite a stir, Meredith Saldana has more on this story.

The Ardmore Fire Department tells me the barrier wouldn't be such a problem if it had turn around access for their fire trucks and wasn't placed so close to traffic.

They're talking about the barrier that stretches from the 31 mile marker, north, to the 40 mile marker.

The fire department says the problem is, if an accident happens in the southbound lane they'll have to travel northbound several miles before they can turn around and head back through traffic towards the accident.

And when seconds count this could pose a big problem.

Firefighter Jeff Wood says, "Well it's gonna slow our response down, I mean there's no question.  We're use to having those turn around to cut across and hit the north or southbound lanes, depending on which way we're going and where the accident is."

Copeland says a lot of research went into the design of the cable barriers.

He also said there is one turn around that he thinks small emergency vehicles could fit through.