The Future of Texoma's Water 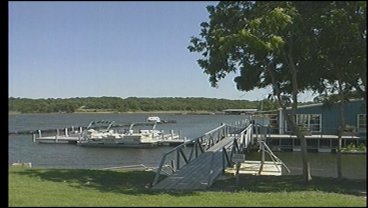 Lake Texoma is a big resource for both Sherman and Denison but now officials are looking to the future -- and possibly using more of the lake's water to make sure no one ends up high and dry.

But at what cost to tax payers, not to mention the area's biggest tourist draw? Michelle Gillespie reports that it's a lot of technical detail but it comes down to how much water in Lake Texoma is used NOW, to be converted to drinking water, and how much water the Corps of Engineers says can be used in the FUTURE for drinking water. As it turns out, it may be a lot more than we're using now.

"They're currently looking at the possibility of re-allocating water from hydropower to use for water supply," says Joe Custer of the Corps of Engineers.

That water is from Lake Texoma. As part of that re-allocation study, the U.S. Army Corp of Engineers has determined that 50,000 acre/foot of water in the lake will now be made available for purchase by any water authority in the state. The top bidders right now? The cities of Denison, Sherman and Gainseville.

"Water is critical to economic development and the population growth of the state," says Jerry Chapman of the Greater Texoma Utility Authority.

So critical that both Denison and Sherman have proposed to buy the maximum amount--10,000 acre/foot each---that's a little over 65,000 gallons. The price tag though? A little over $4 million.

"It does represent the last available surface water supply to communities in our area," says Chapman.

The hefty price tag is worth it, says Chapman, especially to ensure a reliable source of water, in a state that has its share of water shortages.

The city of Sherman and Denison are not currently experiencing a water shortage. However, officials from both cities say they are interested in purchasing the water to plan for their future needs as well as for potential population growth.
Michelle Gillespie, KTEN News.