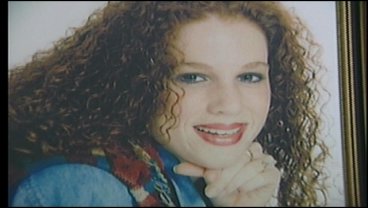 New details now on Fannin County's only unsolved homicide. 25-year-old Jennifer Harris-Holman of Bonham was found dead back in 2002, floating in the Red River east of Denison. Seven years later, no arrests, but evidence that could turn the case around. Deeda Payton reports.

The town of Bonham will never forget their one and only unsolved homicide, that of Jennifer Harris-Holman. It has been seven years and still no answers, no arrests, but it's never far from the minds of those who call Fannin County home. "I feel that's wrong they need to catch whoever did it to her cause that was wrong what happened to her."

As for the victim's father, Jerry Harris, he says any chance of the case being solved in his lifetime is slim. "Well, the way it's going right now it looks like it won't be."

But, there is one person who is giving him a glimmer of hope, a private investigator, who Harris says, was hired by a group of anonymous benefactors. Benefactors he doesn't even know that are just trying to solve the case. "He certainly believes it's solvable."

Harris says, the public investigator out of Richardson, Texas, is currently following new leads. In fact, the PI told him to ask Fannin County investigators for some evidence, a blouse, a bra and some jeans believed to be Jennifer's.

And, that's when Harris found out that evidence was missing. "By losing the evidence in case it's not found, we're at least missing a potential opportunity to have the only incriminating , hard evidence in the case." But, to add more drama to an already intense case, Wednesday afternoon investigators found those items simply mismarked in the evidence room. "All the evidence has always been in custody we just located this because there was no paper trail for these particular items."

But, for a father clinging to little hope, his little girl's death will be solved, it's another step toward more DNA evidence. And, another shot at cracking a case where it seems so much has fallen through the cracks.

Sheriff Ken Moore says they plan to send the evidence to a lab in Fort Worth, but to do that DPS will have to make a request.

As for how the evidence ended up mislabeled, the sheriff's office has seen a turn-over in staff and in paper work. They always had the evidence, but over the years, just like so many things, they say it got shuffled around.