Affidavit Released; Durant Stabbing Suspect Says He Was In A Trance 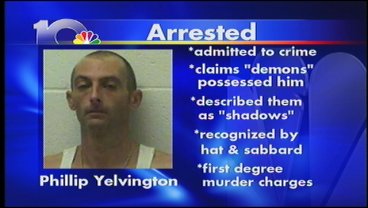 Surveillance video from a local convenience store may have helped catch an accused killer in Durant.

According to the affidavit, Yelvington admits he entered the victim's home in a trance. He told police he was possessed by demons, described as shadows. According to the papers, he says he stabbed Booker, then left the home.

According to court documents, authorities linked Yelvington to the crime through a baseball hat and knife scabbard left at the scene. Surveillance video showed him wearing the baseball hat in question.

They found a partial footprint impression out side a window that matched a pair of boots at Yelvington's home. According to the affidavit, he cleaned off his boots and threw away the jeans and shirt he was wearing, along with the knife. Police believe they recovered the knife.

Yelvington should be in court next month.