Bokchito Couple Back In Bryan County; Prepares For Court 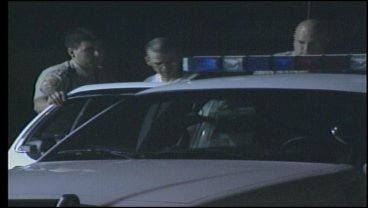 A former Bokchito couple is back in Bryan County Sunday. This time they are behind bars, accused of digging up the remains of their daughter and carrying her body across state lines.

Abel Wolf and step-mother Denise Wolf landed around 3 o'clock Saturday morning at Eaker Field in Durant. An OSBI agent, local deputies and a private plane brought the couple back from where they were first arrested Montana. Shortly after, they were booked into the Bryan County jail.

The body of their daughter, Cheyenne Wolf, will also return to Oklahoma. It's currently at the Medical Examiner's office in Oregon where it was sent after authorities discovered it in a storage shed July 4th.

Jessica Brown with Oklahoma State Board of Investigation told KTEN authorities are still conducting their forensic autopsy. A cause of death has not been determined and it could still take several more weeks for those results.

According to an affidavit, Cheyenne died in April of 2008 and the couple agreed not to report her death. Abel Wolf said he hid her body in a shed until they moved Cheyenne's body five times over the next year from Oklahoma to Montana to Oregon.

Authorities returned to the couple's Bokchito home on Thursday and OSBI agents also spent several days this week in Montana and Oregon talking to investigators.

The couple will appear before a Bryan County judge on Monday. They are expected to be charged with unlawful removal of a body.

Stay with KTEN news for this developing story.