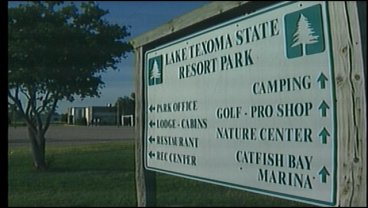 A big day for the future of Marshall County. Commissioners voted "yes" to the TIF incentive deal with Pointe Vista Friday.

That's despite opposition from the group "Friends of Lake Texoma." They say they will try and fight it.

Basically, the TIF will allow for a $329 million tax subsidy in exchange for bringing the $5 billion development to the area, replacing what was the old Texoma Lodge with a new resort.

"I just think, you know, history's made today," says Royce Bartee, a Marshall Co. commissioner. "And, this is just the first time since 1933 that Marshall County is going to begin -- it's going to take some time -- reaping the benefits of our natural resources."

The TIF money will also be used to fund new infrastructure in and around where the resort will go, including improvements to the Roosevelt Bridge and Highway 70 in Marshall County, as well as sewer systems and other roadways.