A Mother Speaks Out About Her Son's Death Being Ruled a Homicide - KTEN.com - Texoma news, weather and sports 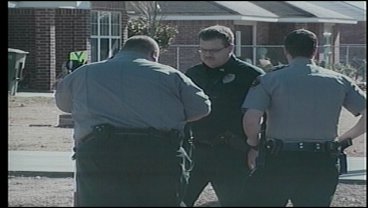 Another homicide investigation, this one in Lone Grove.  It's been seven months since the death of 26 year old Ceon Jones II.  Meredith Saldana sat down with the victim's mother and has their story.

His mom says they were hoping to get answers about what exactly happened to her son and while it took a long time, they're happy with the results.

His mother, Jill Brown, says, "I thought it was a homicide from the very beginning."

Ceon Jones' brother found him unresponsive in his mother's front yard around 2am December 27th.

Brown says she'll never forget when she found out.

"My baby son came up and got me and the look on his face, I knew something was wrong."

Jones was involved in 2 altercations that night, he was hit in the head with a beer bottle by a girlfriend and hit again in the head by another man.

While the family suspected homicide they were waiting on confirmation.

A result of blunt force trauma to the head.

Alcohol and cocaine were also listed on toxicology reports.

"Ceon had his bad points.  He was, of course he did his little drugs," says Brown.  "I knew about that, I stayed after him about it but other than that Ceon was... he would give the shirt off his back."

For now Brown is waiting to find out what if any charges are filed against those responsible for the death of her son.

"We're here, we're just here.  It's gonna be still hard and I know the hardest part is still to come but we're gonna be here and we're gonna watch and see what happens."

District Attorney Craig Ladd tells me he plans to go back over the original reports from Lone Grove in conjunction with the medical examiners report and he will make a filing decision based on his findings.