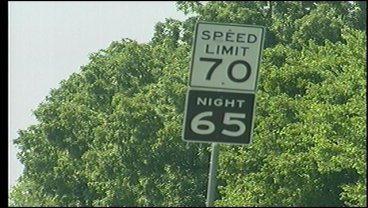 The speed limit is now 70 mph at the intersection of FM 1417 & SH 11 during the day, and 65 mph at night. A TXDoT study actually found drivers in the area travel about 64 mph, so engineers have recommended the limit be lowered to 60 mph at all times, which means the world to Wanda Ping who lost her husband one month ago this Friday.

"He was everything, you know, he's the one who took care of me. It's very hard now in the chair and I don't have him anymore."

Wanda Ping is talking about her husband, 40-year-old Robert Ping who simply tried to save the life of another person, but instead lost his life along with 56-year-old Edward Samis.

"Everybody is saying he was the good samaritan, which if you know my husband, you would know that he would stop no matter what."

Now, as a result of the accident, TXDoT has recommended the speed limit be lowered to 60 mph, but to make that happen the final decision has to come from  TXDoT commissioners in Austin.

Engineer, Noel Paramanantham, says "They'll probably approve it by the end of August, so we should be able to post the signs by September."

Officials also plan to redesign the intersection and eventually put up traffic signals.

"With traffic signals it has to be redesigned to a traditional t intersection."

And for those who've driven this stretch of Highway 11, you've seen how dangerous it can be simply because you can't tell how fast the other driver is going.

As for  Wanda Ping, she says her husband of 13 years was a Master Tech for Verizon who spent his spare time making her life easier.

"He had ripped the carpet up because he saw how much trouble it was for me to get around, and the doors, they were too small for a wheelchair to get through."

But even with knowing he made the ultimate sacrifice for someone else's life, her life will never be the same. "It's been very hard. "

The speed limit change is expected to pass and the sign should change to 60 mph sometime in September. As for traffic lights, txdot says that'll take a bit longer.