Ardmore's State of the City Focuses on Positive 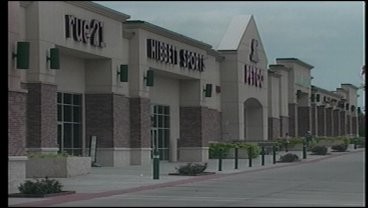 Talking the economy and your money now and state of the city of Ardmore.  We told you just last week about new retail and restaurants moving in.  Wednesday, city leaders held their official luncheon to show off what could be a booming future.  Meredith Saldana has the story.

Accentuating Ardmore was the theme, specifically focusing on the positive despite the sour economy.

He also talked about eliminating the negative by repairing old streets and even replacing the old waterline over the Washita River.

Neil Courtney with the chamber says the Ardmore Commons and the Mountain View Mall are prime examples of what they talked about.

He said the owner, Burk Collins, chose to come to Ardmore from Texas because the city was doing so well despite the economy.

His mall and the commons are bringing people in to shop which is enhancing the quality of life here in Ardmore.

Collins says, "I was checking the demographics and within a 20 mile radius there was 124,000 people.  So, pretty strong demographics."

We told you Collins is also bringing in several new restaurants in the near future but he isn't stopping there.

He says he has so much faith in Ardmore's economy he is now bringing the Johnny High Country Musical Revue to Ardmore on Friday at Heritage Hall.

It's a variety show that launched many country artists careers like Leanne Rimes.

For a free ticket you can take a receipt from a purchase, from July  22nd-24th, from any store at the commons or the mall to Two Frogs.

You can also purchase tickets there or at the door.