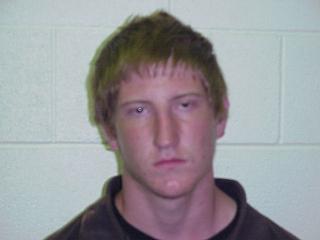 Oklahoma troopers say a man stole a semi-truck from Muskogee and then lead them on a 60 mile pursuit through three counties Saturday morning, before crashing the vehicle into a Tishomingo business. Now authorities are asking for the public's help in identifying the driver.

According to the Oklahoma Highway Patrol, a trooper in Hughes County learned information that a stolen semi from Muskogee was heading south on US 75. The trooper passed this information along to other authorities in the area. A trooper in Coal County reported seeing the stolen semi near US 75 and State Highway 3 and a pursuit began on SH 3. The cab driver continued going west through Pontotoc County and then through an OHP roadblock. The pursuit continued south on US 377 into Johnston County where the driver ran through more OHP roadblocks.

According to reports, as the truck entered downtown Tishomingo the semi lost control and slid into the front of two downtown businesses. One trooper fired shots to disable a tire.

The driver of the semi, a white male, has been taken into custody and is being held at the Johnston County jail on charges of DUI, running a roadblock, felony eluding and possession of a stolen vehicle but is refusing to give his identity.

At least one person is being checked out for minor injuries.

Check back with www.kten.com for updates and watch KTEN News at 10 to hear from witnesses at the scene. For pictures of the scene taken by KTEN viewers go to www.MyTexoma.com.