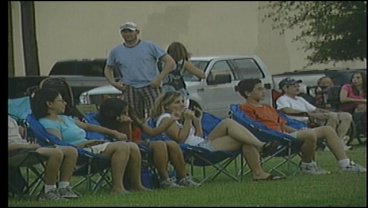 A city is trying to maintain it's hometown feel while also trying to bring in new businesses to the downtown area.
Michelle Gillespie reports there were a number of businesses who've shut they're doors recently.
But Denison residents say they don't want their beloved mainstreet to become a ghost town. Luckily for them, that doesn't seem to be the case.

It's a quiet, quaint mainstreet in downtown denison--with local shops, restaurants and a number of antique stores filled with decade-old treasures.
But the downtown isn't just about Denion's past rather where it's going.
"They're doing a lot to get traffic back up on mainstreet. They're competing, you know, with the revolution of the shopping centers and all that--the Sherman shopping center. They're doing a lot get that hometown feel," says Flying G owner, Greg Guymon.

He owns a t-shirt store on mainstreet. He says the city doesn't want to commercialize mainstreet but they are encouraging business.

"The city bent over backwards to help us," says Guymon.

The store is almost two-years old now and he's not the only new business. Scott Smathers of the Denison Development Alliance says they've helped open or renovate at least 10 to 15 businesses in the past 2 to 3 years and he says it's really been a communtiy effort.

"People coming together together to make downtown a better place for business to be," says Smathers.

A better place to be for familes and shoppers too.

"They'll walk in and say how long have you been open?...to a business that's been around for 2, 3, 4, 5 years. I want to encourage locals to shop downtown because that money does stay in Denison," says Amy Lay, Denison Mainstreet coordinator.

One way to get shoppers and families downtown, Lay says, are events like friday's Music on Main in Heritage Park. It brings families and friends to support their community.

Denison officials the main concern is community involvement, so they plan to set up a survey on their website www.denisontexas.com to see what residents really want the future of their mainstreet to look like.