New Businesses to Arrive in Ardmore 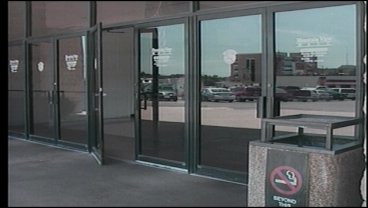 With all the talk of jobs lost, anytime you hear of a new business, it's good news.  Turns out there's some really good news in Ardmore.  Meredith Saldana has more on this story.

There are several retail stores coming to Ardmore and even a few restaurants including a Pizza Inn  at the Ardmore Commons.

You may have seen the signs, the old Goody's location at Mountainview Mall will soon be a new Big Lots.

Burk Collins Co. owns and manages Mountainview Mall and says big plans are in the works.

The area Stage used to be in could soon be filled.

Tuesday Morning is in negotiations on a contract for that location.

The Chamber of Commerce says this is great news for Ardmore.

But mum's the word on some big companies looking at coming to Ardmore.

Mita Bates with the Chamber of Commerce says, "As you work with people that are interested in coming to your community there's a sense of confidentiality.  So you can't always share who those people are going to be, but there is some interest among some people to open eating establishments downtown and again to have eating establishments out in the I-35 corridor area."

Bates says, Mountainview Mall is in a prime location, in the heart of Ardmore.

As for the Ardmore Commons strip mall, 6 new businesses are in negotiations with Burk Collins there, including 2 national chain restaurants.

And while we can't give the name, we can tell you that a barbeque restaurant has signed on and will be coming to the Ardmore Commons area soon.