Why Atoka County Officials Voted for a Raise 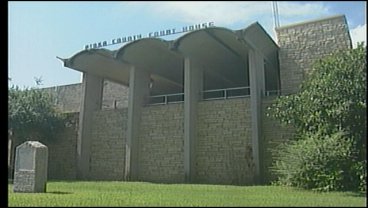 Tuesday, we told you about a pay raise for elected officials in Atoka County. Now, we are breaking down the numbers to explain how the raises could actually be a good thing for the county. Deeda Payton reports.

With a population of just over 15,000 people, Atoka County definitely has that hometown feel. From the local barber shop to the downtown thrift store, everyone knows everyone. So when it comes to talk about money and taxes, everyone pays attention. "I don't think any government body should be able to vote themselves a raise."

It's that issue that caused our phones at KTEN to start ringing, but when you break down the numbers, it all makes sense.

Atoka County is about the same population size as Choctaw County. But, the elected officials in Atoka County make about 10,000 dollars less per year than those in Choctaw. Now, even with the 6,000 dollar raise they approved Monday, amounting to $48,000 dollars total, their salaries will still be considerably less. "We're allowed to make $42,000 a year that's what the state will allow us. Now, we didn't take that big raise, we're just taking it up to $37,000."

Softening the blow for some who may have questioned the raises to begin with. "Well that's probably pretty fair. I don't know why they wouldn't take as much as they could get."

Commissioners say they couldn't foresee a better time to make the decision. They say their budget is in the best shape it has been in the county's history. Proving even in a down economy, small town America can still bloom.

The budget is where five of the eight salaries will be coming from. The commissioner's raises and salaries come from tax dollars in the highway fund and from an internet tax.

Atoka County Commissioners do have a supplemental income, so their county paycheck is not the only one they get.