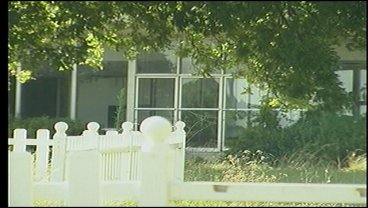 A review committee in Marshall County voted in favor of a "TIF", or tax increment financing deal.
What it basically means, in Marshall County, the TIF district only includes the un-developed property owned by Pointe vista.
Basically, Pointe Vista pays it's property taxes to the county.
But instead of going into the county fund, the county gives only Pointe Vista's taxes back to the company to be used for infrastructure on and near their property--that would be development of roads, water lines and sewage, even improvements to the entrance of the Roosevelt Bridge on the Marshall County side.
But, even with Tuesday's committee approval, it's not a done deal just yet.
Tuesday's vote from the review committee simply sends the idea to county commissioners, who will then have the final say.
Michelle Gillespie reports that while it sounds like a good deal. There are some who question what it means for Marshall County in the long run.
Pointe Vista says that it's a big win for the future of Marshall County because with a nearly $330 million dollar TIF, they will, in return show Marshall County an even bigger return over the next 25 years.

"It's a team effort to do it. I think Marshall County has all the right ingredients--only thing missing is public infrastructre and thats what we're trying to do with the TIF," says Pointe Vista developer, Robert Fisher.

Scott Fisher is one of the key players in the Pointe Vista plan.
He says final approval of the TIF means ultimately better roads, bridges and sewer systems for the future of this five billion dollar plan.
And accoding to their predictions, Marshall County could see a return of hundreds of millions dollars when it's all said and done.
But, with a crowd of about forty people at Tuesday's meeting there were some who didn't think the commission should have the last say in the matter.

"I think it would just put a lot of questions to bed. The opposition, if put to a vote, would go away because for two men to make that decision, it puts a lot of pressure on them," says Marshall County resident John Wrigley.

Review committee members say they poured over pages and pages of documents and examples from other communities who have done a TIF and they see a win-win for the county.
Royce Bartee is on the review committee and is also a Marshall County commissioner, so his job in all of this is far from finished.

"I think this is an opportunity that Marshall County would see once in a lifetime--to develop to it's full potential. We have lots of natural resources around the lake and people. I think it's a great opportunity," says Bartee.
Next step: Marshall County commissioners will go ahead with next Thursday public hearing on the matter. That's at seven o'clock at Kingston Elementary auditorium.
After hearing what residents have to say -- that's when they'll decide whether to give the TIF final approval or send it to a vote of people.