Update to a Cooke County Deadly 9 Car Pile Up 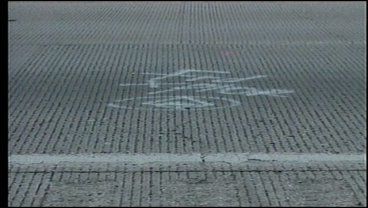 I-35 through Cooke County is one of the busiest stretches of interstate in the country.  But one particular area, south of Gainesville near mile marker 491, has also proved to be among the most dangerous.  Meredith Saldana met with troopers and has the latest.

That stretch of I-35 has seen about 25 wrecks in just over a month.

One of those, a nine car pile up that killed a grandfather and his grandson.

Tuesday troopers were back on the scene marking what happened and where and still deciding if the driver of a semi could face charges.

The accident happened just before a construction zone that has the highway down to one lane.

Troopers tell me since the construction started, June 1st, that same area has seen about 25 separate accidents.

About 7 am troopers mapped out the scene to create a scale diagram to help them find out more about what exactly happened to cause such a tragic accident.

They look at where each car involved was located before the wreck and where they ended up as a result of the impact.

Things they just aren't able to look closely at the day of the wreck.

Trooper Loony Haschel says, "The day of the wreck there's a lot of things going on.  You're main concern the day of the crash is those injured parties. We want to make sure they get all the help they need, get traffic flowing as quickly as we can."

We do know that everyone that was transported to area hospitals that day have since been released.

Including a mother and her 16-year-old daughter who were also passengers in the Ford Explorer that was hit directly by the semi.

A man and his 13-year-old grandson, who were also in the Explorer, died as a result of the accident.

Troopers are still waiting for toxicology reports to come back on the driver of the semi truck but say they don't have any reason to believe he was under the influence of alcohol or drugs.