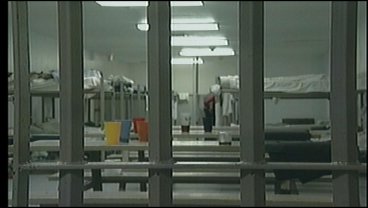 For years building a privately-run jail has been on the table with Grayson County leaders and now it seems they may be close to a decision. Our neighbors to the east, Fannin County, made the decision to go private last year. The doors of the new facility will open in just a few months. So what lead to their decision? And should Grayson County follow the same? KTEN's Katy Blakey has more.

"One percent of the population causes 99% of the problems."

Fannin County Sheriff Kenneth Moore says it's that old adage that supported his decision to move ahead with a privately run detention center. It was either have a private company front the money or go to the voters and ask them to anty up 10 million dollars for a new place to lock up criminals.

"Money drives everything. Money was taken into consideration. In my opinion, it was the best way to go for Fannin County."

But is it the best way to go for Grayson County? Right now, Grayson County leaders are disputing over the number of staff that would remain at the Grayson Co. Justice Center. Also, current employees are concerned their pay and benefits will be cut at a private jail - an issue Moore was vocal about during the county's decision process.

"I wasn't aware how the process worked."

Pointing out the entire county's involvement in overseeing a private project is much more time consuming.

A perspective Grayson County Commissioners say they are looking at from county leaders who've already been down that road.