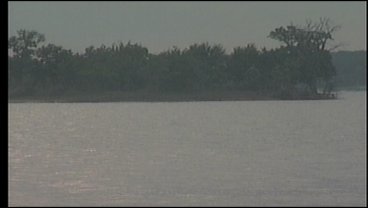 One man is dead after drowning near the islands on Lake Texoma.

Oklahoma Lake Patrol recovered the body of 64-year Ronald Ross Griffin of Granbury, Texas early this Sunday evening. Friends say the last time they saw the victim was sundown Saturday when Griffin told them he was going over to the north island.

Rescue crews spent hours combing the waters today and found his body close to the shore of the islands. Griffin's body has been taken to watts funeral home in Kingston.

OHP is also investigating a drowning that happened at Lake Murray Saturday.

It happened at Tee Pee Beach, on the Love County side.

Authorities say 37-year-old Shawn Thogmartin walked out into the water with his kids, and went under for a few minutes. Swimmers brought him to shore and began performing CPR. He was rushed to Mercy Memorial Hospital, where he was pronounced dead one hour later.

Witnesses say the father had been complaining of low blood sugar all day.