New Places to Cool Off in Ardmore - KTEN.com - Texoma news, weather and sports

New Places to Cool Off in Ardmore 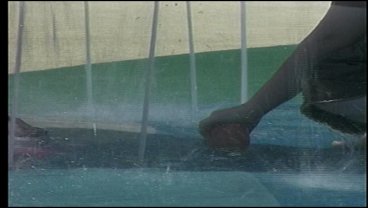 As the temperatures rise it's nice to have somewhere the kids can cool off, for free.  The Ardmore Parks and Recreation opened two brand new splash pads in Ardmore.  KTEN's Meredith Saldana has more.

The Ardmore Parks and Recreation Department says the splash pad at Central Park has been so successful for the last 2 years they thought residents on the other sides of town might enjoy a splash pad in their area as well.

One of the new splash pads is at Whittington Park next to the Hardy Murphy Coliseum,  the other, at Broadlawn Park on MT. Washington.

All 3 splash pads are about the same size but they do have different designs and spray features.

And the Ardmore spray parks have a weight sensitive button kids have to push to allow the water to run for 5 minutes at a time.

That helps the city preserve water.

Boatright says, "Especially in the summer time you don't want water free flowing.  In southern Oklahoma and even Ardmore especially there's a high demand for water in the summer time just due to the heat and people watering their yards.  So anything that we can do to try to help conserve water but still have that play value for people to enjoy it I think that's a positive."

Boatright says overall parents seem to be excited their children have a place to cool off.

The parks were about $40,000 each and were funded by the GAPS Tax fund.