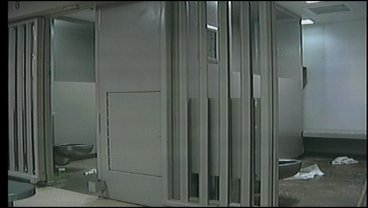 Texas' largest law enforcement organization, CLEAT, has publically called on Grayson County Sheriff Keith Gary to stop the proposed privitization of his much talked about jail.

This is an issue that's been on the front burner for Gayson County commissioners for the past few years. Now, we're within two weeks of what could be a final decision.

We told you Monday, commissioners will meet July 13th. That's after hearing the latest proposal from "Southwest Corrections." A private company that claims it can save the county money by running the jail themselves. Even saying, building a bigger jail and contracting out the extra cells could make money.

But, here's a closer look at what CLEAT released Wednesday.

It stated, "these privatization schemes always sound better than they are in real life."

It goes on to say, "this is about risking the safety of the public, the civil rights of the prisoners and the jobs of the hard working men and women of the grayson county sherrif's department."

KTEN spoke with Sheriff Keith Gary, who says he has not seen the statements released Wednesday from CLEAT. But, he's working with the county commissioners on a deal for the jail.

And, it's been no secret for years. If a deal on a private jail can't be made, the county will have to look at other options -- maybe even sending some of graysons prisoners to other counties -- because of over crowding issues.

Grayson County Judge Drue Bynum says CLEAT attorneys have been at all of their meetings about the jail..

CLEAT representative Charlie Wilkison says the number-one issue is just making sure anyone hired to work at the proposed private jail is properly trained, and everyone is safe.