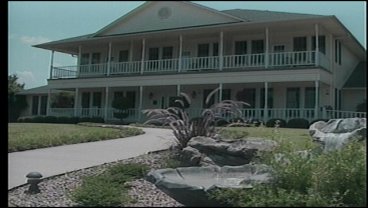 Some good economic news.  A mom and pop business is Carter County is celebrating their 10 year anniversary despite the tough economic times.   Meredith Saldana has more on their story.

The Humphrey's own the Shiloh Morning Inn Bed and Breakfast.

The average life of a bed and breakfast is about 4 or 5 years so they say celebrating their 10 year anniversary is a blessing.

Visitors say the Shiloh Morning Inn is one of the best kept secrets in Carter County.

They've had over 20 thousand guests visit their quiet bed and breakfast in the last 10 years.

And if you've stayed there you know the owners Bob and Linda Humphrey.

They say people thought they were crazy when they first opened, but they've seemed to prove them all wrong.

And Linda Humphrey says the tough times have actually helped their business.

"Sometimes the tough economic times help us because people who were planning on big cruises or European trips and things like that are watching their money and they can have a weekend away and enjoy themselves here and see the sights.   We have so much to do around here that they can just come for a weekend and still be on their budget."

The Humphrey's have invited 9 couples that have spent the most time at the Shiloh Morning Inn to have dinner in celebration and spend the weekend with them.