Could the Old TMC Become a VA Hospital? 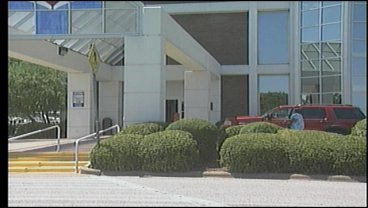 The new Texoma Medical Center will open off highway 75 in just a few months. Now, the question of what to do with the old TMC on highway 91. KTEN's Deeda Payton has more.

Tmc says they are trying to sell this 44-year-old hospital, but so far there has been no interest. Now they say, they have another plan, to offer it up to the Veterans Administration.

The new Texoma Medical Center off of highway 75 is scheduled to open December 27th of this year, ahead of schedule. The new complex will span about 370-thousand square feet.

The old hospital on highway 91, though, which is half the size of the new one, has no set future. TMC CEO, Doctor Mackey Watkins, says they are trying to sell the old hospital building and some of the old campus, but there has been no interest. And, they are selling it for cheap, only about six to seven million dollars."The problem with an old hospital is it's difficult to convert it into another industry, so you either have to have a hospital company that would be interested in it. Naturally, to have another acute care facility operate here would not be in our interest."

TMC says they are working with Congressman Ralph Hall on the possibility that the old hospital building could serve as a VA Hospital. He says they expect to hear whether that is a real possibility very soon. If so, they will have to go to Washington D.C. and pitch the idea. We'll keep you posted on what happens.