Update: Child Hit In Mead Is Released From Hospital 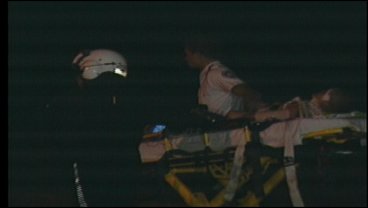 An update out of Bryan County. A toddler, who was hit by a vehicle Tuesday night in Mead, has been sent home from the hospital.

Authorities were on scene at U.S. 70 West Tuesday night just after nine, where two-year-old Brandon Nuttall was reportedly hit by a vehicle in front of the Jiffy Mart.

Twenty-year old Ashton Revels, from Durant, was headed east on Highway 70, when Nuttall ran onto the highway. Revels reportedly swerved to avoid hitting him, but it was too late.

According to OHP, 2-year-old Nuttall ran into the driver's side of the vehicle, then got back up and ran back onto private property.

The child was transported by Lifestar to children's hospital in Dallas, and he was released Wednesday.

Revels, and 18-year old passenger Brittney Stewart, also of Durant were not injured.