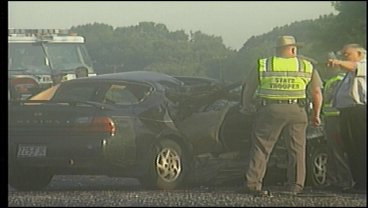 It was breaking news Wednesday morning, a Sherman accident involving two cars quickly turned into a deadly multi-car collision when witnesses got out to help.

The accident happened around 5:45 am this morning at the intersection of 1417 and Highway 11.  Officials say a car turning onto 1417 pulled in front of a car headed southbound on Highway 11.  The two cars collided sending a white truck into a ditch and a black Nissan into the middle of the road.  Witnesses to the accident jumped out to help those inside the Nissan when another car came through.  Officials say that's when a red truck plowed into the Nissan killing the two standing outside of the car.

At this time we know, two were declared dead at the scene and four others were flown to Wilson N. Jones with injuries.  Officials are contacting the victim's families and no names have been released at this time.

We will release more details as they become available.