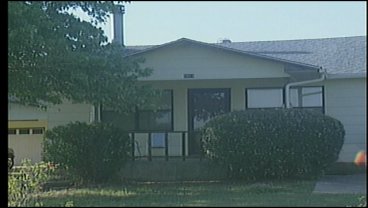 Our other top story, a case out of Marshall County, in the community of McBride, just outside of Kingston. Sheriff's deputies arrived in the 2000 Block of Mark Drive, at approximately 7 a.m. Tuesday, to find two dead bodies.

Now, the OSBI is investigating what appears to be a murder suicide. Authorities discovered the first body -- that of an elderly woman, believed to be in her 80's -- with a gunshot wound to the head. The second body is reportedly her son's.

Officials believe he pulled the trigger, then turned the gun on himself. Now, neighbors are in disbelief.

The OSBI is expected to release more details Wednesday.