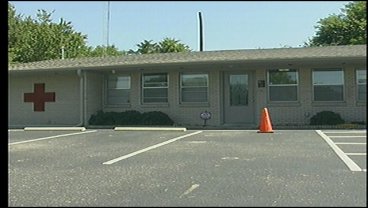 It's no surprise non profits suffer when the economy is down, but this year the local chapter of the American Red Cross is taking about a 10% hit, and without the grant director Sharon Watson says they would have had to cut back.

The Texoma area chapter of the American Red Cross has just deposited a $40,000 dollar check that will keep them afloat for the rest of the year.

During times of chaos and crisis like at last summers bus accident in Sherman, and during evacuations caused by Hurricane Ike, the red cross provided food, and a place to stay for the people of Grayson, Fannin and Cooke Counties.

"We would have had either to curtail our hours or not respond as much to disasters, and it means a whole lot for up to get through this year without going into the red."

Watson says they contacted the Meadows Foundation out of Dallas in December hoping they would qualify for a $40, 000 grant. The foundation usually awards money to new projects, but this year they decided to help struggling agencies.