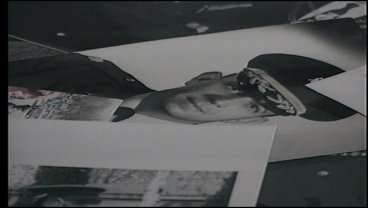 We told you Thursday night about two local veterans, who will be honored Monday in Ardmore by the Military Memorial Museum. We also introduced you to one local veteran. Now, KTEN's Meredith Saldana has the story of the other, Colonel Ronald E. Little.

Colonel Ronald E. Little and his wife, Freda, are from the Sulphur area. And, he tells us he probably wouldn't have accomplished all he did, had it not been for the support of his community.

"I'm so happy to be inducted," says Little. "It's probably the greatest honor that I've ever received. When you can spend 28 years away, come back and get involved -- and we did get involved -- Veteran's Day parades, you name it. But, for them to accept you."

His family was back at home, surrounded and supported by the people of Sulphur, while he served his three tours in Vietnam.

"But, while I was over there, whether I was in the delta or the air or in the bush, I knew that my family was safe and being well taken care of -- safe and secure back here in my community," says Little.

There were even times that Colonel Little and his wife went months -- and even years -- without being able to communicate.

Adds Freda: "Really, we had gone all of the tour -- the whole year -- without talking to each other. So, the kids said goodnight with the pictures he sent us."

Freda agrees that it was the support of the people in their community that helped them get through the tough times, while Colonel Little served our country.

She says, she too is honored that her husband of over 50 years is being recognized.

"Quite proud of him and glad that other people know now what he's done," says Freda.

The ceremony will be held Monday at 2 p.m. at the Ardmore Convention Center.