A Local Mom and Pop Shop Struggles to Survive 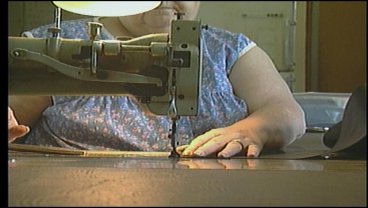 The economy seems to be the final blow to local mom and pop shops. KTEN's Deeda Payton spoke to the owner of a local upholstery store about the impact on their business.

The economy isn't the only thing hurting the Pruett's family business. Big business and foreign labor are also playing a big part in their struggle to make ends meet.

Denna Pruett has owned Pruett's Upholstery for more than 25 years. She says they will sew anything and never turn a job away, but over the last year their workload has dropped by 50-percent. Pruett's has always been a diversified business. They upholster furniture, boat interiors and car interiors. They'll even mend your overalls, but lately they have been taking on even more odd jobs just to compete in today's market. "We're having a hard time competing with the cheaper furniture they sell out of stores. And, China and Mexico play a big part in that." Pruett says they can't compete with foreign labor. Furniture sold at big stores like Target and Wal-mart are only assembled in the U.S. She says all the parts are made and sewn overseas or in Mexico.

Pruett says she is honest with her customers if they want something upholstered, she will let them know if it would be cheaper just to a buy new, but she says it makes her sad that that is what her business has come to.