Suspected Shooter Turns Himself In 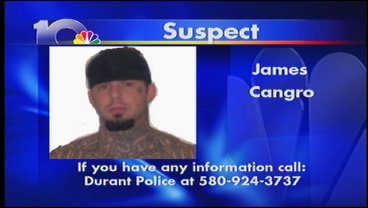 A suspected shooter is now in custody. James Cangro turned himself in to Durant police Sunday afternoon. He is accused of shooting a Durant man in the head and taking his wallet. The incident happened about 10:30 Friday night in the 900 block of West Cedar in Durant. The victim's name is not being released. He is currently at an Oklahoma City hospital. He is listed in stable condition.