Digital: The Biggest Change to TV Since Color 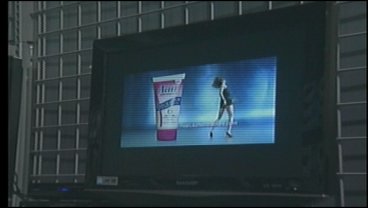 We hit the streets today to make sure everyone is ready to go and turns out a lot of you say you are! KTEN's Deeda Payton shows us how people are choosing to make the switch.

Everyone I talked to says they are prepared, but that hasn't always been the case. If you remember the actual switch date was supposed to happen back in February, but was moved back to June.

If you remember the kool-aid commercial from the 1950s, then you were part of the biggest change in television history, the transition from black and white to color. The commercial was made between the 50s and 60s. And, now in 2009, you will become part of the second biggest moment in television history, the switch from analog to digital.  A transition that has confused so many. Electronics-giant, Best Buy, says they've received all kinds of questions."Exactly how to hook it up, is it easier to buy a new TV versus a converter box, what's the picture going to look with the new converter box those are the typical questions that people have."

But many customers say they are ready."Ready. I'm there. New TV. Over-the-air. By the way, I'm one of the few people who is not connected by cable or satellite over the air. HD antennae scanned. I'm in." "We are already ready we got new TVs so its not really going to affect us so it's not too bad." "We bought new TV for living area we're still working a new TVs but I feel ready for change."

Still there are roughly 50,000 people living in Texoma who may not be quite prepared. Best Buy says their "Geek Squad" has been busy making house calls to help. "I've helped a lot of customers that have not been real knowledgeable about digital conversion. Hey I need to get this when a lot of customers don't need to get."

Then there are those who are lucky enough to have a techno-wiz in the family. "Oh man, I've had to hook up so many of my friends and family's stuff." Best Buy says the elderly have had the most trouble adapting to the change. But, then again, this isn't the only major change they have lived through.

If you do decide to buy a new TV, best buy says they will take your old one and recycle it.