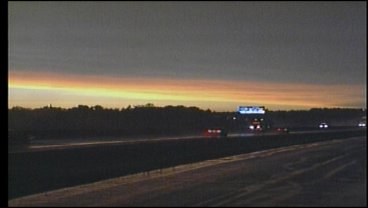 Rain has since stopped, but it has been a busy day for Texoma police and firefighters.  The heavy rain started just before 6 tonight. Some brave drivers drove across this large pool of water in Sherman, off of Lamar and Sunset.  Heavy rain also caused the water to rise in the 500 block of north Harrison street. The fire department was called out to rescue a stranded motorist, but in the end it wasn't as bad as they originally thought.  The driver attempted to cross the water and his car stalled as he drove out on the other side. Firefighters also responded to a power line down in Van Alstyne.  Luckily no one was injured that we know of in the storms, and for now it seems things have started to calm down.