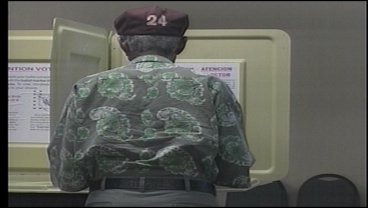 It's been a controversial debate with both sides waiting to hear if the votes are in their favor.

The polls opened at 7 am Tuesday and will close at 7 o'clock Tuesday evening.

At the Methodist Church in Ardmore they say their busiest hours were from about 8:30 am to about 10 am, but by 1:30 only about 55 people had shown up to vote.

There are just over 10,500 eligible voters registered in the Ardmore School District.

Monroe  Cosey voted Tuesday and says he even tried to bring people with him.

Cosey says, "Well I feel like I should vote in every election.  I feel like every citizen should vote.  I don't know that I'm that good of a citizen but I've been in service and served my country and I love Ardmore and I want to see the best for  Ardmore I think that's the best I can do."

Both sides of the issue will be watching closely Tuesday night to see which district the neighborhood in southwest Ardmore will be attending in the fall.