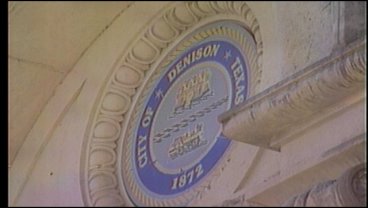 It was the talk of the town this week. Captain Chesley "Sully" Sullenberger's return to Denison. Thousands turned out for the parade and Denison got a chance to show off the city to the Governor, Congressman and of course, Sully. So how did the city rate their performance? KTEN's Katy Blakey has more.

Overall, Mayor Robert Brady says things went well and he was really proud of the way the community came together.

It was Denison's time to shine on Saturday - from the parade to the speeches to graduation. Months of planning went in to the one-day celebration. Volunteers cleaned up city streets. Foundations donated money to cover some of the expenses and the city was thrust into the national spotlight for a day.

"I think everybody was very impressed with the way it went off," said Mayor Robert Brady. "Of course, I appreciate the Governor taking the time to come up here and I really appreciate Sully for being here. I think was a marvelous weekend for Denison."

We asked Mayor Brady just how much this event cost taxpayers. He said he couldn't put a dollar figure on it yet, but every penny, he said, was worth it.