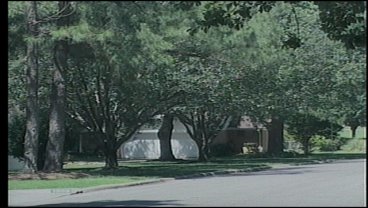 A neighborhood divided.  The line in the road between the Plainview and Ardmore School Districts.  Now an upcoming election.  KTEN's Meredith Saldana has more.

I talked to several different people about the election and they had very different opinions.

One thing they all agreed on was that the residents in the Ardmore School District need to hit the polls on Tuesday.

Spokesperson for the Neighborhood Boundary Committee, Jaclyn Lide, says,"This neighborhood was a part of the Plainview School District for 63 years.  The original school district planners felt that this should be Plainview as they designated it in 1909 and the residents of this neighborhood feel the same way."

The neighborhood has been zoned as part of the Ardmore School District since the 70's.

And Plainview School's used to allow transfer students from other districts to transfer into the Plainview school system but recently decided to no longer accept transfers.

Now the south-west corner of the Ardmore School District is divided.

Lide says, "There are many families who have 2 children that have been in Plainview for 10 years and they have a younger sibling that is not able to get in."

So they petitioned the Oklahoma State Department of Education to have their streets annexed to Plainview Schools.

Now it's going to a district wide vote.

And not all residents in that neighborhood are in favor of the change.

Resident Kipp Crutchfield says, "We moved here to be in the Ardmore City Schools.  We've supported it, we've been active in it."

Phil McAnally is also against the district change, "They knew exactly where their homes were located when they built them or when they rented them.  Really Ardmore is having to absorb all of the cost of the election and everything because Plainview implemented a no transfer policy."

The Ardmore School's are now having to pay over $5,000 for the election to keep the neighborhood in their district and say they'll lose even more funding if they lose those students.

Crutchfield adds, "My neighbors around me here on Melody Lane are all mostly retired.  And they don't want to be in a new tax bracket and that's what exactly would happen."

Right now they pay a millage rate of  .60% in Ardmore's district.

If they're annexed they will pay 16.12% in Plainview's district.

The millage rate is the percent of money being taken out of property taxes to pay for outstanding bond issues for that district.

Of course it will all come down to Tuesday's election.

When asked what if your neighborhood becomes Plainview District Mcanally answered "I would be disappointed.  I really would.  We built our home here with the idea that we would be in the Ardmore School District."

Lide says, "We're not seeking any radical changes we are simply wanting to return our neighborhood to it's original designation."

The election is Tuesday, June 9th and everyone that lives in the Ardmore School District is able to vote.